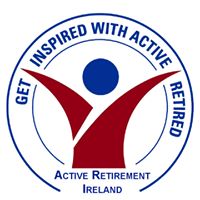 “New Age Kurling is a sport that requires participants to deliver ‘stones’ from one end of the court to a target at the other end of the court. The target has red, white and blue concentric circles and scoring is determined by the number of stones closest to the centre of this target. Each game normally consists of 6 or 8 ends and is played on a court based on half the width of a standard size badminton court with each end being played in the opposite direction to the previous end. The winner is the player with the highest number of scoring ‘stones’ at the finish of the game” kurling.com

“Pickleball is a paddle sport played with a whiffle ball on a badminton-sized court and a tennis-style net. A non-volley zone (or kitchen) prevents volleys close to the net, and the serving team cannot volley the return of serve. These unique rules favor players with less mobility and allow senior players to compete successfully with younger competitors.”  Pickleball Central.com